Bingo is a gambling game, in which one can win by chance. Bingo was played as a lottery game in c.1530 in Italy. Then in 1929, Edwin Lowe took the idea from a local game usually played in Atlanta. The game soon became popular all over the USA and was named after Bingo. Nowadays free online bingo games are the ... END_OF_DOCUMENT_TOKEN_TO_BE_REPLACED

Stunning Games on Your iPhone 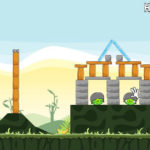 Image Source: Flickr.com Those who own and use the iPhone would be familiar to its inclusive details and have come up with the phenomenon now that it is simply not only a communication gadget but is versatile in wide-ranging terms. The beauty of the iPhone gadgets is because of the inclusion of a variety of apps available at the iTunes ... END_OF_DOCUMENT_TOKEN_TO_BE_REPLACED